Required cookies are essential to let you move around the website and use its features, such as accessing secure areas, shopping baskets and online billing. These cookies allow our website to provide services at your request.

Functionality cookies are used to remember the choices you make, e.g. your user name, log in details and language preferences. They also remember any customisations you make to the website to give you enhanced, more personal features.

Targeting cookies collect information about your browsing habits to deliver adverts which are more relevant to you and your interests. They also measure the effectiveness of advertising campaigns.

This site uses cookies and related technologies for site operation, analytics and third party advertising purposes as described in our Privacy and Data Processing Policy. You may choose to consent to our use of these technologies, or further manage your preferences. To opt-out of sharing with third parties information related to these technologies, select "Manage Settings" or submit a Enquiry request.

5 reasons to consider Diesel for your next car

Recent media coverage has given diesel vehicles something of a bad reputation, leading many drivers to think that they should invest in petrol models instead. The truth, however, is somewhat different from what’s being reported. Here, we take you through the facts about diesel cars.

Below are 5 reasons why we think you should consider diesel for your next car, and you don't just have to take our word for it. We've included a video from the Society of Motor Manufacturers and Traders (SMMT) and you can find out more information by visiting their website using the button below. 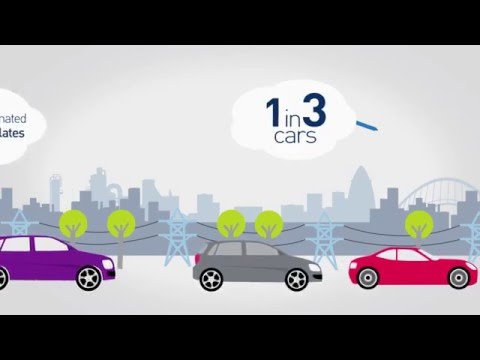 A key reason to choose a diesel vehicle is to benefit from less stops at the pumps. For example, you can get between 15 and 20 percent more miles per gallon compared to an equivalent petrol vehicle.

DIESEL IS CRITICAL TO REDUCING EMISSIONS

Diesel vehicles actually play a vital role in the improvement of air quality in towns and cities, and in the wider challenge of tackling climate change. According to SMMT, diesel cars emit, on average, 20% less CO2 than their petrol equivalents. Indeed, since 2002, the atmosphere has been saved from an estimated 3.5m tonnes of CO2 thanks to diesel technology.

DIESELS ARE NOT THE MAIN CULPRIT IN URBAN NOx EMISSIONS

What’s more, diesels are not the main source of NOx emissions in London, accounting for just 12% of the city’s NOx emissions. The latest Euro 6 vehicles are the cleanest that have ever been produced, featuring technology that converts the majority of NOx into nitrogen and water before it reaches the atmosphere.

DIESEL PARTICULATE FILTERS HAVE MADE A HUGE IMPACT

Since 2011, all new diesel cars have been fitted with a Diesel Particulate Filter (DPF), meaning that around 50% of diesels on the road now have one. This simple yet effective addition to modern vehicles means that there’s been a huge reduction in particulate matter released into the environment. As much as 99% of soot particles are captured by the DPFs, making for cleaner air than in past years.

From May, MOT tests will follow stricter rules regarding the functionality of DPFs too. This means that any evidence of tampering, or the removal of a DPF altogether, will result in a failure. The introduction of this change will further help to ensure better air quality in the UK.

THE TOUGHEST EVER EMISSIONS STANDARD IS NOW IN PLAY

In September 2017, a new EU-wide emissions testing system came into force, whereby cars are tested under ‘real-world’ conditions. That means speed, road condition, congestion and driving style are all taken into account. This will help to further reduce the amount of CO2 and NOx being released into the environment.

Whatever your question or feedback we are here to help. So please feel free to contact us

Make an Enquiry
Contact Us
Join us on Social

Immerse yourself even deeper. Visit our social channels


Calls may be recorded for training purposes.

Thames Motor Group (Slough) & Thames Motor Group (Tunbridge Wells) is an appointed representative of ITC Compliance Limited which is authorised and regulated by the Financial Conduct Authority (their registration number is 313486). Permitted activities include advising on and arranging general insurance contracts and acting as a credit broker not a lender.


We can introduce you to a limited number of finance providers. We do not charge fees for our Consumer Credit services. We may receive a payment(s) or other benefits from finance providers should you decide to enter into an agreement with them, typically either a fixed fee or a fixed percentage of the amount you borrow. The payment we receive may vary between finance providers and product types. The payment received does not impact the finance rate offered.


All finance applications are subject to status, terms and conditions apply, UK residents only, 18’s or over, Guarantees may be required.